iOS 15 has just been released by Apple and it is one of the biggest changes yet to the iPhone ecosystem. With the amount of changes within this release, we thought that it would be great to inform our customers of the changes, feature, and how best to leverage these new features to help yourself and employees get used them.

iOS 15 brings a plethora of new features the major one here is the ‘Focus’ options now available.  Focus aims to filter notifications displayed by apps, depending on what you want to focus on. With the creation of custom Focus modes, you can set up environments for situations such as Personal, Work, and Sleep. These modes will allow you to filter what applications and people can notify you based on presets that you can fully configure. We expect this to be a great tool to help minimize those personal group messages when you’re at work, turn off work notifications at the end of your shifts, and allow you to set key contacts to be able to contact you when you sleep so that you know it’s urgent.

To add more practicality for the profiles, Apple has given each one of these Focus modes its own home screen layout. When you want to switch to your Work focus mode, it will completely shift your entire home layout to just the apps you need for work.

To make focus modes more transparent to those trying to contact you, when you switch to a focus mode, those trying to reach you via the likes of Messages will be notified that you’re currently unreachable. To make things even simpler, focus modes can be bound to geographical regions, meaning you can activate work mode automatically when you get to the office and switch to personal when you leave.

When you come to switch out of your modes, you’ll receive a summary of the notifications that were suppressed so you can still stay in the loop without the need to click on every app to dismiss the notification bubble.

If you’re always worried about buying those AirPods because you’re concerned you might lose one of them, Apple have taken care of that with iOS 15’s newest additions to the Find My app.

You can now track each Airpod individually, and even have a separation alert for your items, so if you’ve accidentally left your earphones behind, you’ll know exactly where they are. This feature is set to be enabled on the entire AirPod range.

In the new Find My app, you can find some old features from the “find my friends” app allowing you to keep track of your friends and family to know that they are safe. The live tracking feature works in the same way as find my phone, giving you accurate tracking for close friends and family members.

You can now use the tracking features when the devices are turned off, which will give their last known location and, if they have battery life, can turn them on to emit a sound.

If you have any of Apples AirTags too, you can track them all here as well. You can attach the AirTags to anything and track the item no matter where it is. There are now additional compatible devices that can be set up in the Find My app, so you can make tracking things even easier, whether that is your keys that have a GPS tracker attached or a lost pet that has a GPS tracker on their collar. The new app has made it all available in one convenient location.

Apple has opened up its walled garden and allowed non-Apple users to now access Facetime via any modern web browser. Now you can use Facetime with your friends and colleagues by sharing a link to non-apple users. Unfortunately non-native users won’t get all of the features such as smart noise cancellation and face tracking, but it’s definitely a plus.

Apple has also continued to improve upon the already popular facetime app by adding some new features to make the experience even better for group conversations and video conferencing. The new spacial audio features help give a more realistic version of a conversation by having the audio come from the direction the person is on the screen, which works so well with the new grid view, allowing you to move people around in group conversations to create a much nicer overall experience.

One feature that can help in a busy home or office environment is the new voice isolation mode, which helps to isolate your voice from background noise, to really keep you and the other person involved in the conversation, rather than what another person in the room might be watching on TV. Speaking of TV, the final addition to Facetime is shareplay, which allows you to share your viewing experience with those you are conversing with. It syncs up everything for you so everyone is viewing the same thing at the same time, this will be a helpful feature for sharing content during a call.

An All New Safari

Safari has been provided with some much-needed modernisation and quality of life improvements. The address bar has been moved to the bottom of the screen so it’s closer to your fingers and easier to reach, this then moves to the top when you want to type, and is replaced with the normal keyboard.

One of the most welcome changes is that you can now swipe to flick between tabs making switching between essential browser tabs is now faster and more efficient.

Overall, this update will change a lot of the ways you interact with Safari, and personally, we welcome the usability fixes that will make one-handed navigation that much easier.

One of the most intelligent features of the new update is Apple’s Text from Images features. Similar to Google’s Lens image recognition system, there are some additional features packed in that really help improve the functionality. These include features such as text drag and drop, copy between various apps, and the overall user interface. The new Text to Image can also handle live searching from the text identified within the image and recognise objects within them.

Apple’s latest advancement in cloud technology comes in the form of iCloud+ which brings additional security features to their devices such as hiding their email addresses and Apple’s version of VPNs called Private Relay.

Apple has now integrated their own two-factor authenticator into iOS 15 meaning you can have all of your extra security conveniently located in one app. You can add all of your other existing authenticators directly into the app too, making it easier to authenticate with FaceID.

The new in-app Apple pay can be used in conjunction with any merchants that have chosen to allow the use of Apple pay on their apps. This aims to speed up the checkout process for the supported apps and allow you to checkout using FaceID and prevent the need for passwords or card details every time you want to make a purcahse.

As with every update, sometimes Apple decides to drop support for their older devices and this update is no different. Below is a list of devices that are officially receiving the iOS15 update as of September 20th 2021. 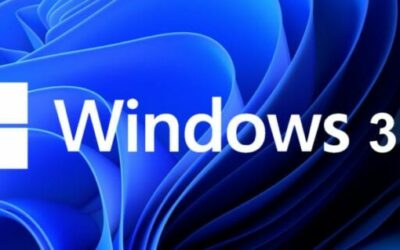 With every industry from Finance to Education entering a new hybrid era of working remotely, the industry is looking...

A shock announcement has come to a lot of businesses recently as Microsoft have recently unveiled the next generation...